The IGDA recently conducted a survey on how the COVID-19 pandemic has affected game developers. The aim of the survey was to use the data to encourage more support for game developers in need and to better understand how to direct our own support approaches.

With 288 responses, we have now closed the survey and are publishing this data along with our own resources. We found that most developers have understandably been transitioned to remote work, but many are finding their new environments distracting, particularly those with dependent children.

Most employers have transitioned their companies to working remotely, but respondents also reported 8.6% of their companies fired employees, 7.7% reduced their number of contractors, 18.5% halted hiring, 13.3% cancelled internships, and 3.40% furloughed employees. Even as games are selling well during this crisis, many developers are facing unemployment, 28.4% of respondents, including 17.8% who reported their unemployment was directly caused by the effects of COVID-19. In these trying times, the IGDA is doing its best to support both professionals and students have been effected, by opening up the IGDA career center to all hiring companies and preparing a soon to be announced game jam for students. If you would like to poster a job on our career center or sponsor this game jam, please contact us.

While 21.4% of developers ranked their mental health as 1 or 2 on a scale of terrible (1) to great (5), 32.4% said they needed more mental health support and 41.9% said they needed more community support. These numbers reflect that a large portion of the game development population is looking for additional mental and emotional support during these trying times. The Game Development Crisis Conference hosted by IGDA and Take This produced a large number of talks on mental health and self-care, and IGDA’s SIGs, Chapters, and Discord are welcoming communities to those who find themselves looking for additional social interaction.

It is also important to note that 58.40% of respondents of the questions answered they were responsible for dependent children, only 35% of developers in the 2019 Developer Satisfaction Survey reported having children. However, only 3% of respondents said they had no additional responsibilities, 28% listed other responsibilities, and many left the question unanswered. Thus, some of the multiple-choice results of this survey may be skewed when respondents did not see an answer choice that resonated particularly well with them.

If you find information like this survey and the resources included in this article helpful, please join the IGDA as a member to enable us to continue to support and empower game developers around the world. 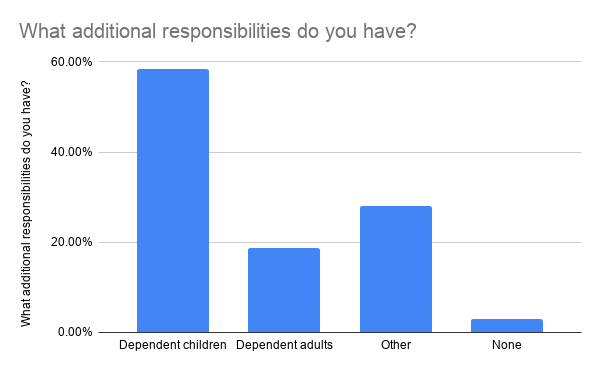 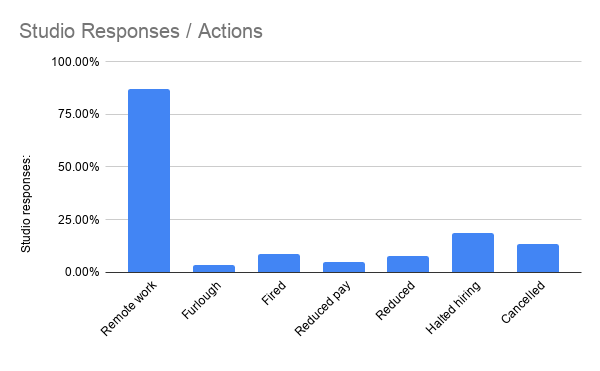 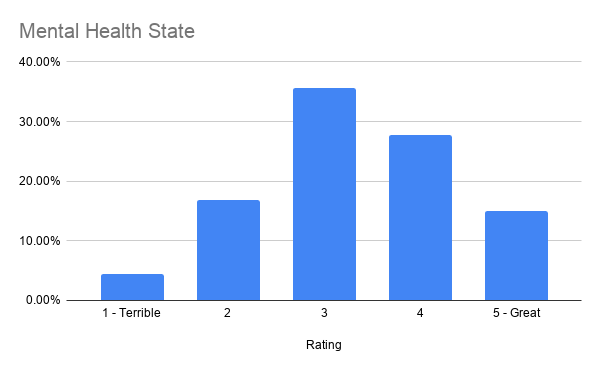 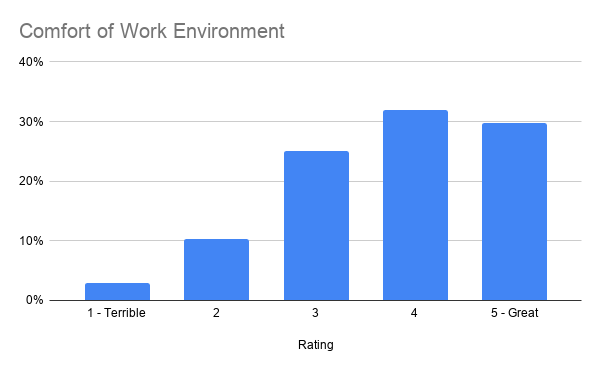 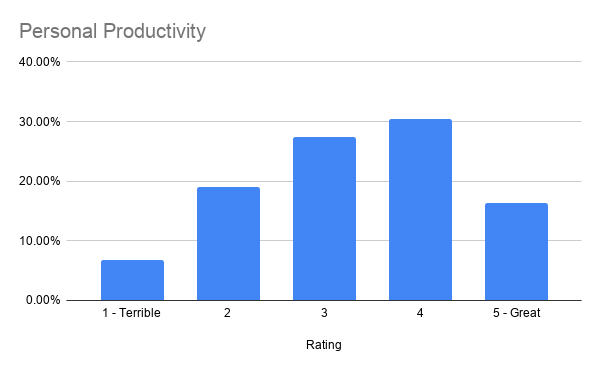 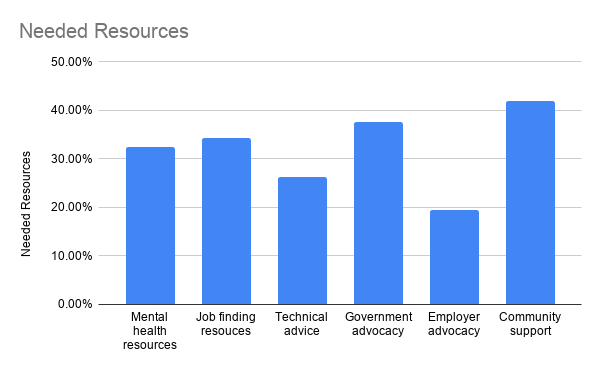 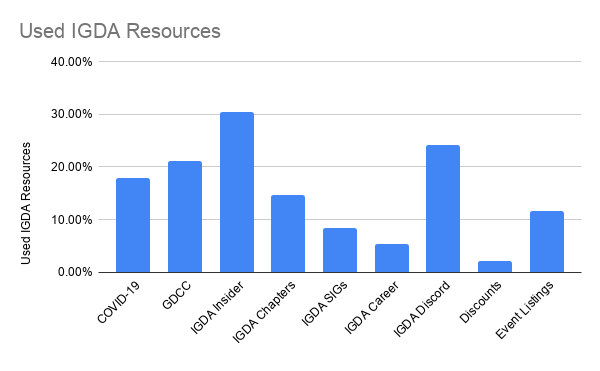 Microsoft Excel Values and Graphs: IGDA – The Impact of the COVID-19 Pandemic on Game Developers