Staying Creative in the Game Business [2014]

Technical advancements in game development are spectacular. Iconic characters and memorable moments are deeply embedded in our shared consciousness. Our audience has never been bigger. However sometimes the process of delivering games can beat the creativity out of the creators. The only way to continue to affect culture through this medium is to remember that business and technology depend on creativity.

Marty O’Donnell earned his Masters of Music Degree in Composition with honors from USC. Marty then founded the Chicago-based commercial music and sound production company, TotalAudio, which in 1997 produced sound design for Cyan’s Riven, the Sequel to Myst, and created all of the audio for Bungie’s award winning Myth series. His body of work also includes numerous original scores for television, radio, and film.

In the spring of 2000, ten days after Marty accepted a position as Bungie’s Audio Director and Composer, Microsoft purchased the studio and moved them to Redmond so they could focus their efforts on developing Halo for the Xbox platform launch. The highly acclaimed Halo series went on to be extremely successful, with Halo 3 shattering entertainment records for both single day and first week sales, and with the total number of Halo games played now tallied in the billions.

The audio and music for the Halo series has received numerous honors and awards, including the Game Developers Choice Award, the Edge Award, Rolling Stone Magazine’s Best Game Soundtrack, and Best Sound/Music from the AIAS, IGDA, GANG, TEC, and Spike TV. The critically acclaimed soundtracks are also best sellers.

In July of 2007, Marty became one of the partners in the once again independent Bungie. Among Bungie’s many accolades are the Wired Rave Award and being named to the Time 100 List. For Halo 3: ODST, Marty produced more than three hours of new original music. In September 2010 Halo Reach was released for which he wrote and produced over five hours of music. In addition to creating and overseeing sound design, music, and implementation, Marty also did the casting and directing of all the voice acting for Bungie’s games.

Destiny is Bungie’s newest and most ambitious project to date. Marty and his long-time writing partner Mike Salvatori have teamed up with Sir Paul McCartney to work on all new music. The first fruit of this collaboration is called Music of the Spheres, an eight movement, fifty minute long orchestral/choral suite recorded at Abbey Road Studios. The recording features a one hundred and forty piece orchestra and choir as well as the Libera Boys Choir. Engineered by Peter Cobin, mixed by Dennis Sands, and including an original song by Paul, it will be released soon.

In April of 2014 Marty started his own company Marty O’Donnell Music LLC. 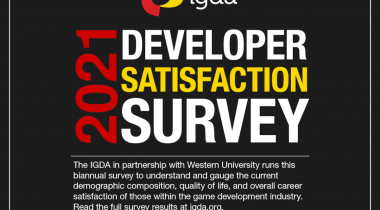