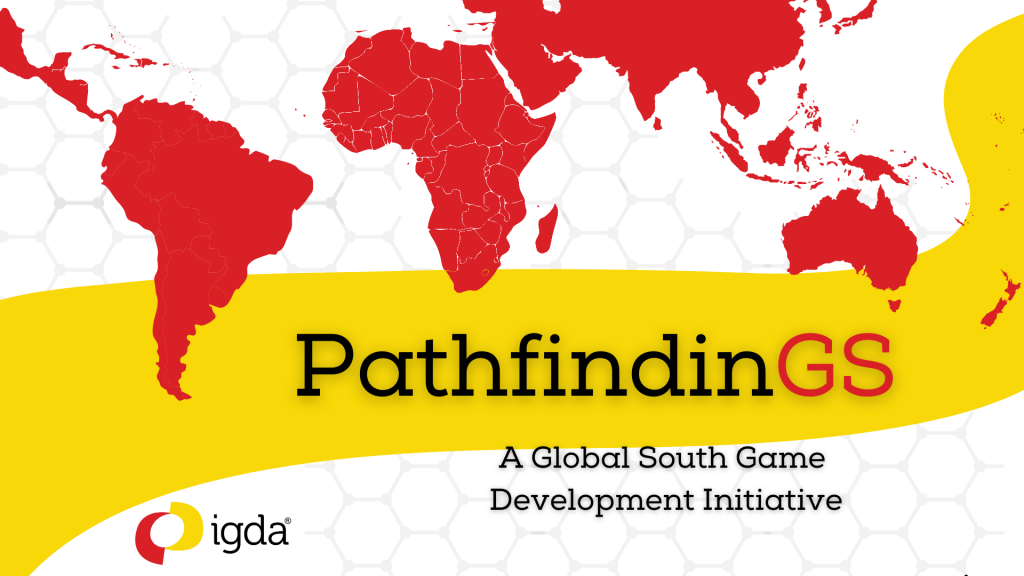 The IGDA will be hosting the PathfindinGS conference for the 3rd year this November!

This conference firmly places a spotlight on the video game industry of the Global South where developers are creating games, launching success stories and building up the game industry in a way unseen in other parts of the world.

This online conference will have 6 conference days over the month of November so that as many people as possible can attend the event. Tickets are now available for FREE for the following dates: Latin America – 11 & 12 November, Africa & Middle East – 18 & 19 November, South Asia, South East Asia, Australia, New Zealand and pacific islands (as stories told from the First Nations Australians, Maori and pacific islander developers perspectives) – 25 & 26 November.

PathfindinGS would not be possible without the support from our sponsors. We are grateful for your efforts in celebrating developers across the global south. If you’d like to become a sponsor for this event, you can review our sponsorship slide deck here and you may reach out to Dr. Jakin Vela, IGDA Executive Director, with any questions. 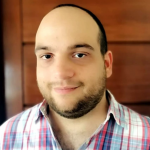 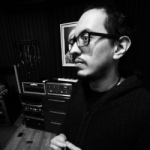 Music Composer and Sound designer also known as Quiet Gecko, very passionate about audio on every way and sharing knowledge. Have been working independently on various games in different countries and currently working with the Canadian audio company A Shell In The Pit. Always looking to create and collaborate in spaces for the videogame community and industry to grow in the best way possible. 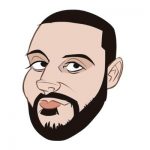 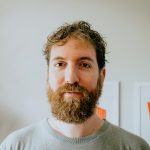 Born in the western countryside part of Brazil, he has a bachelor’s degree in physics from Unicamp in 2003 and a degree in Freudian Clinical Psychoanalysis. Since 2003, he has been working with the game industry in several roles. One of those is being co-founder of Ilex Games’ studio in 2010. Current director of the Game Developer Association for Sao Paulo (SP Jogos) and IGDA Campinas Chapter Leader since 2015. He has worked with a few videogame titles that talk about themes such as Umbanda, Daoism, Astrology, and psychology. 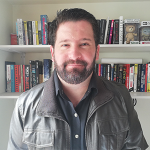 Clinical Psychologist, current President of IGDA Peru, CEO of Lima Game Jam and Game Designer and Writer at Leap Game Studios. He has worked in the games industry for over nine years and has launched more than twenty titles for PC, mobile devices and consoles, including “Tunche” and 2021 IGF winner “Arrog”. He’s currently working on a couple of dark fantasy visual novels, writing a YA novel and supporting the Peruvian game dev community. 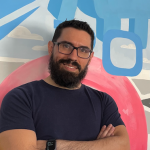 Founding member of the local IGDA chapter. Co-founder and CTO of the first and biggest game studio in Paraguay. Software Engineer, Musician, and Amateur Padel Player. 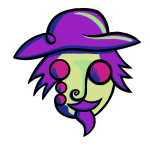 David Zuratzi, Layout / Those Who Design

Game designer, Founder of Those Who Design studio, chairman of Layout an inniciative to promote the good practices and professionalization on mexican gamedev.
Member of IGDA & DiGRA. Horror and Sci-fi fan. 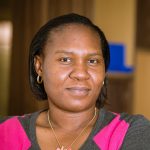 Bukola Akingbade is an experienced entrepreneur and business leader with a demonstrated history of innovation, building sustainable value and driving impact by defining new pathways to unlock Africa’s youth potential through video games.
She is the founder and CEO of Kucheza Gaming – an Africa-focused video games industry startup that uses the power of video games to engage and get future generations ready to pursue careers in gaming, and change the world. 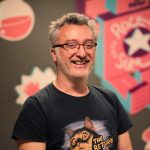 Dr. Güven Çatak started to write in video games magazines (PC Gamer Turkey, Level and Oyungezer) and make short films while studying architecture at İstanbul Technical University. His shorts won several awards and were screened at various festivals. Af¬ter his media adventure, he continued his games career as an academic in Bahcesehir University. He has a master thesis on “Usage of Architecture in Video Games” and a PhD thesis on “Using Video Games in Design Education: Basic Design Play¬ground”. His media network and academic studies empowered him to found “BUG Lab” which kickstarted indie game scene in İstanbul and eventually transformed into an education platform including undergraduate and master programs on game design with pre-incubation and virtual reality spaces. He’s still working as a professor in Bahcesehir University and running BUG Lab and its components. 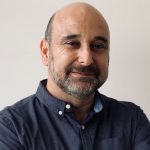 Glenn Gillis, Sea Monster
Glenn is the co-founder and CEO of Sea Monster. He has a Business Science degree from the University of Cape Town and has been a senior executive, consultant and entrepreneur for over 25 years. Glenn is a thought-leader on how serious games and immersive technologies (AR & VR) can be used to drive social change and business goals at scale. His expertise on business in the creative industries as well as the role that technology plays in storytelling has seen him featured on a multitude of international speaking conferences and platforms including TEDx and The Digital Edge Live. 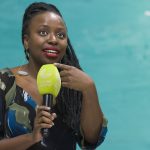 Nyambura M. Waruingi is a storyteller across artistic expressions and the Founder and Creative Director of Akoia & Company Ltd. With over 20 years of international experience in creative and cultural industries, she experiments with unique ways to imagine new worlds through filmmaking, immersive storytelling and gaming. She founded Akoia & Company Ltd to produce projects whose raison d’être is eclectic, creative and artistic productions that transform our perception of the world around us. #imagineradically 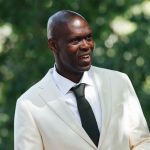 Tunde Olatunji is a storyteller and software designer. He has built and managed digital products for global entertainment and sports brands including the Premier League, Formula One as well as film and TV studios. He was formerly Head of Mobile at Sky, Networked Media where he oversaw technology, content and operational teams. Alongside technology development, he has written for theatre, dance and orchestral performances. He is a graduate of University College London, the National Film & Television School, and Manchester Metropolitan University. His most recent project is The Wild Kingdoms, a series of stories inspired by Nigerian mythology. At present, parts of the series are being adapted for online gaming as well as for audio drama. 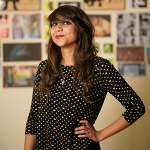 Since starting her writing career at 15, Khaya’s dabbled in Comic Books and Television; notably writing for Ms Marvel and Burka Avenger. Now working as a Writer and Narrative Game Designer, her local Gaming Portfolio includes Explottens, Aaj Kal Ka Zamana, and Life in Willowdale: Farm Adventures. Globally, she’s contributed as a writer to the PS5 title Destruction AllStars, and At Eve’s Wake for the PC. Currently she’s working with Sumo Digital as a writer while also assisting the local game dev sector however she can. 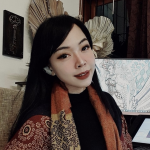 My name is Azizah Assattari, CEO/cofounder of Lentera Nusantara, creator of Ghost Parade game. LENTERA NUSANTARA is an Indonesian Intellectual Property Powerhouse with expertise in cultural heritages content. We unveil our local cultural heritages stories and transform them into high-level Intelectual Properties. Our team contains global expertise, connected by the passion for cultural art and heritages. Combining experience and passion altogether, we decides to envision our call; to unveil the beauty of Indonesian Heritages and empowering our creators into the digital fandom creations. 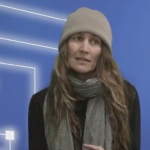 My name is Dr. Phyllis Callaghan. I am from New Zealand. I am Māori and my iwi (tribe) is Ngāi Te Rākatō, situated in Mahia, New Zealand. I celebrate all Indigenous peoples and their story-telling through-out the world.

I am the CEO of MSH Ltd; a company at the cutting edge of Indigenous research, publications, advocacy, sustainability models and global Tech solutions. I am co-creator and co-chair of the IGDA Indigenous and Advocacy SIG and creator and Co-founder of Katuku Island, a world first in Indigenous gaming. Katuku Island claimed 2 Silver awards this year at the NYX Video gaming awards for best game and best innovation, it was also named as winner for the APEC 2021 Women’s best Practice Awards for Indigenous Community Support. Katuku Island is about changing the narrative for Indigenous voices within the Tech space. It is about finding kōhanga (nest), where we can feel safe, inclusive and protected to bring our Indigenous story-telling to the tech space. It is about re-designing and re-imagining what we can do within the world of virtual reality. 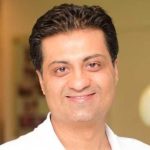 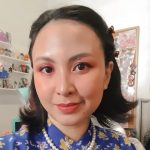 Saqina Latif is one of three co-founders of Malaysian indie games studio, Persona Theory Games. The team proudly tells Southeast Asian stories through games and other mediums. Prior to starting Persona Theory Games, Saqina was an award-winning producer in Leo Burnett KL, and worked with clients such as McDonald’s, Samsung, AIA and more. 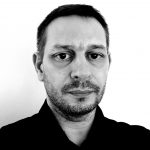 Known affectionately within the team as “Grandpa”, with over two decades of experience. Ian gained a job as a junior 3D artist with the highly acclaimed Stainless Software (creators of Carmageddon), shortly after graduating from the University of Teesside where he obtained a BA (Hons) degree in Graphic Design & Illustration. In the years preceding, Ian worked for some of the widely known companies in the video games industry. Some of these include Rockstar, Ubisoft, The Chinese Room, and Acclaim, to name a few. He rose through the ranks becoming a Senior, Lead Artist, and most notably an Art Director for The Chinese Room where he oversaw the prototype development for “Everyone’s Gone to the Rapture”, which went on to win 3 Bafta awards. Ian later become a lecturer in video game art at a Pune institute where he met Shruti Ghosh and Avichal Singh who would later team up, and ultimately created Nodding Heads Games. 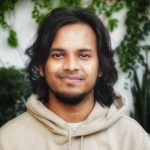 Holds a Masters Degree in Game Design and Project Management. Graduating with the top project at his college and participant of 12 game jams, Avichal joined Zynga in 2015, where he worked on IPs like Farmville and Empires and Allies. Avichal also worked on 200+ levels for Empires and Allies and soon after Avichal’s passion for indie game development saw his exit from Zynga, with an early game concept of Raji. Soon after pitching it to Ian and Shruti, not long after they would form Nodding Heads Games, early in 2017. The rest, as they say, is history. At Nodding Heads Games, Avichal is responsible for Game Design, Level Design, Project Management and Co founder duties. Nodding Heads Games developed the critically acclaimed indie hit, Raji: An Ancient Epic which achieved 35 nominations and 10 wins. This included prestigious events and award shows like Nintendo Indie Game World, Best Debut Indie Game Nomination Games Award 2020, Three awards at Taipei Game Show 2020, Pegases Nomination for Best Foreign Indie Games, SXSW Nomination for Indie Game of the Year, Best of Mix 2020 and Three awards at Devplay 2019.

To watch our PathfindinGS sessions from last year, visit our Youtube Channel.