Too Many Cooks – Your Game Localization and Community Translation

This is a guest post from Jennifer O’Donnell who shares tips for game developers to have a better understanding how localization works and what to look at.
Over to you, Jennifer!

Too Many Cooks – Your Game Localization and Community Translation

This article is for game developers considering localizing their game into other languages.

Localization for video games (like any part of video game development) is strongly tied to the magical triangle of triple constraint: cost/time/quality.

If you want a localization to be done cheap you have to sacrifice time (it takes a long time) or quality (you get what you pay for!)

Or if you want a localization to be high quality, then it will either be expensive or take a very long time.

And if you want a localization to be done quickly you will have to sacrifice cost or quality. (Depending on how tight the deadline is and how many people you throw at it, you could blow up your cost and lose quality!)

You get the idea. 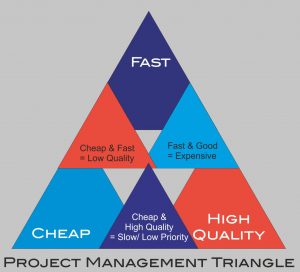 Too often I’ve seen game developers use “community” translators to localize their games. They want their localization to be cheap and fast, and just assume the quality will be good because the original English is good. Right?

What are Community Translators?

Community translators are basically that; volunteer translators from a community who translate a game for a developer. (A little like sanctioned fan translators.)

These translators could be hobbyists, newbies, or experienced non-professionals. They might have years of linguistic and writing ability or have very basic knowledge of the source language. The level of experience and ability can vary highly.

These translators are often volunteers for free or are compensated at a lower rate than industry standard.

This is questionable practice for a number of reasons:

You might not know the languages you’re localizing your game into, but fans will notice a poor localization!

Some developers think they can get around this by hiring professional translators to act as editors and brush up the community translator’s translation.

But this often doesn’t go as planned…

I say “edit” in quotes because that’s not what normally happens.

More often than not the quality of the translation is so questionable that the “editor” professional translator has to re-translate everything! Or simply mitigate the damage as much as they can because they’re not being paid enough to re-write the whole game.

Game developers might think they’re saving costs by hiring community translators and then professionals to edit, but this is not the case.

The professional translators either have to take a hit and not being compensated for the extra work. Or the company has to pay more money to have the text re-translated. (See Taisho x Alice and Japanese-English visual novel that was so badly localized it was completely retranslated a few years later.)

Every single translator I’ve talked to about this have said this is their worst nightmare. Most skilled translators won’t touch community/machine translation edit gigs with a barge pole. 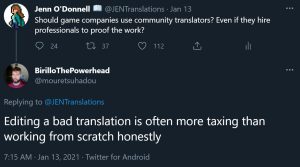 Too Many Cooks Spoil the Loc

Whether using community translators or professional translators too often I see game developers underestimate the work/schedule for localization end up hiring large groups of translators to handle a project.

What a “large” group means can vary between project. If you have 10,000 or so words, then a single translator is more than enough to get the job done in a few weeks to a month. (It varies but translation speed is roughly 3000 words a day, plus you need time to edit and a buffer). Even a project as big as 100,000 words can be handled by one translator and one editor (it just takes longer). Three or more translators can be over-kill and won’t always save that much time.

Ideally you want as few translators working on a project as possible. With a 1-2 translators to 1 editor ratio.

Having a large number of translators on a project means:

In other words, large groups of translators and a tight deadline means more chances for errors to slip through and you could blow out your labor costs.

A single translator working directly with an editor is ideal because they can both focus on keeping terms/wording/tone consistent. This improves readability and the overall quality of your game in other languages.

I need more translators though

If you need to hire multiple translators for a project, then have one focus on in-game text while the other focuses on system text. Or one can translate one set of characters while the other translates different characters (this is often done with visual novels). This helps keep tone within the game consistent. The translators can help each other out too, but one needs to have authority over the final text. Communication between translators, editors, and project manager are important for consistency and quality.

Often translators don’t get to see the game as they translate, so having access to all the text can also help form a picture of the overall game in their minds. This makes it easier for them to go back and correct other parts of the text.

You can’t just create excel files with the source text and throw it out into the ether and expect to get a good translation back!

A localization needs its own round of QA separate from the regular QA of the game. (Ideally after regular QA in case source text changes.)

The localization QA (LQA) should, ideally, be done by a different team of natives. This is because sometimes when translators/editors have worked so close to the text it’s hard for them to spot some errors. The brain often fixes issues and LQA testers are experienced in finding these issues.

This group can play through the game a few times giving edit suggestions based on context of the game to the translator and editor. They can also point out when the text isn’t implemented correctly.

It’s really obvious when a game has not had LQA because you get issues like “Resume” in the menu being translated as “CV (curriculum vitae)”. Or parts of the text still appearing in the source language. Or inconsistency in register of language. Players can tell when a localization hasn’t been QA’ed a mile away.

Finally, you need someone to oversee the whole project and manage these people. 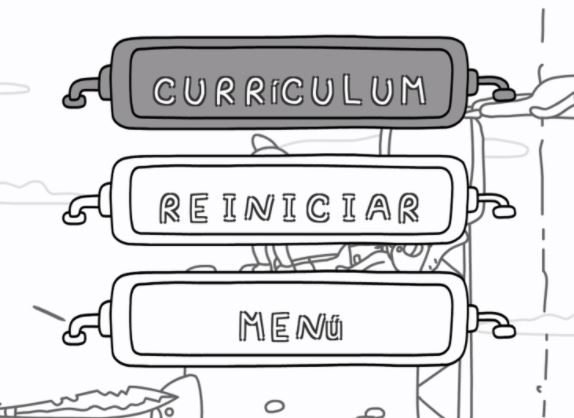 You Need a Localization Manager

If you are looking to localize your video game into other languages then you need a project manager.

This could be an internal or external manager working on contract. But their sole purpose is to ensure localization runs as smoothly as possible, and that the translation is a good quality. That’s a full-time job!

A good localization manager will also be able to advice you on the best course of action for your game, and give you options for the best cost/performance to match your budget.

If you’re a single developer with a small game then this might be something you can manage yourself. But otherwise it’s advised you have someone overseeing localization alone.

This is not a position that can be given to someone in the community. An experienced localization manager to handle a project is ideal.

Professional Localization is a Worthwhile Investment

The biggest reasoning behind not using professional game localizers is it’s too expensive.

If you’ve researched a few companies for quotes and decide it’s too expensive then maybe another approach would be better. Many developers wait until they have the funds from sales to cover localization expenses.

But (and I know I’m bias) localization is a worthwhile investment. And it might not be as expensive as you’d think.

Let’s say, theoretically, you have a game with 10,000 words you want to localize into at least French, Italian, German, and Spanish (FIGS). Here’s a rough guestimate of costs. (Of course, this varies greatly between project, vendors, and your budget.)

Notice I included a 20% buffer in there? Always include a buffer. If the project goes well you will end up under budget. If you end up re-writing 20% of your text so the languages need to re-translate 20% of the text, then you’re covered. Of course, the more stable your text the better idea you’ll have for your budget.

Now, let’s say you make $7 profit from selling your game. You would need to sell at least 2075 units to break even on localization. Do you think translating your game into these languages will bring in at least an additional 2075 sales? Then it’s probably worth it.

If you don’t think you can afford localization for you game (e.g you’re a single person developer) but you still really want to localize into other languages, then here are a few tips.

It always pays to get a few estimates from different vendors and to work out the best cost/performance for your game. There are always small agencies that specialize in games who might be able to give you a better deal than the big names.

If you’re unsure about who to approach for a quote, then you can consult localization professionals (like me) for advice and suggestions. (A localization manager will also do this for you.)

Cutting out the middle man (agencies) and working directly with freelance translators can save you a lot of money. However, this involves a lot of hands-on work, making sure translators are sticking to schedule and working close translators/editors/testers to make sure the localization is good quality.

Wait until you have the money

You don’t have to release a game with every language under the sun. Once you have the money to localize the game (e.g after your game has sold a number of copies) then you can approach translators or vendors for quotes.

Prepare the game for localization before you even think about localization. This will save you a lot of additional localization development costs down the road.

Other developers can help give advice on this. Here’s a great thread on Twitter from Rami Ismail with some tips.

Like any part of the game development process, localization takes time and effort; from the developer as much as the translators. It’s a full-on production process that can be a worthwhile investment to attracting a larger audience to your game.

Fans notice a good localization as much as they notice good mechanics, UI, and graphics. If you put a lot of effort into the writing of the original then it would be a shame not put in the extra work to make sure it shines in localization.

Jennifer is a Japanese to English translator and Localization Director at a video game company in Japan. She has an MA in Theory and Practice of Translation from SOAS University of London, and translation and interpreting training from Bellevue College, WA. She has translated manga, anime, and light novels but first broke into the games industry as an Associate Localization Producer. Books, games, learning, and helping others are her passions.