March is International Women’s Month, and the IGDA would like to spotlight our Female Creators and the projects they are working on! We will be updating this list throughout the month, so if you’d like to submit a response to feature a female creator in the industry, fill out this form. 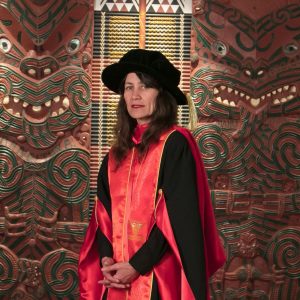 Dr. Callaghan is an Indigenous researcher, company owner and CEO of MSH Ltd. She is also Co-Chair and Co-founder of the IDGA Indigenous Advocacy and Awareness SIG. As a Māori from Aotearoa and a game creator and developer who gets to work with my amazing team of Māori artists to produce a world first Indigenous Mobile APP/PC/MAC game called Katuku Island, it is a privilege for her to be able to bring Indigenous narratives to the gaming space. Free to download, it is their gift to the world to encourage Indigenous populations to take part in Tech, game creation and literacy.

“We are developing the Katuku Island game series. Fresh out of Aotearoa it brings a Indigenous methodology to the gaming space, where we can be ourselves, promote our identity positively and share our stories with the world. We are also involved with Indigenous research initiatives, publications, media and we work across Aotearoa to preserve our Māori art forms, like whakairo (carving). We use our whakairo throughout Katuku Island and many of our traditional art forms, like Tā-moko and Māori sound. I am also co-founder and Co-chair alongside Charly Habbord on the IDGA Indigenous Advocacy and Awareness SIG. Recently Katuku Island took out the APEC best practice Women’s business awards for Indigenous community support. Across all fields we work to close the gaps between Indigenous and non-Indigenous.” 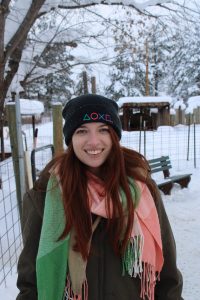 Her critical thinking, strong communication skills, and empathy have afforded her leadership roles on PlayStation’s most anticipated cinematic titles working across Art, Animation, and Outsourcing departments – and now, the League of Legends IP at Riot Games! She started out as a Production intern with Sony’s PlayStation Studios: Visual Arts and helped the studio publish six AAA titles with two on the way across Art, Animation, and Outsourcing disciplines. Her credits include Death Stranding, The Last of Us: Part II, Spider-Man: Miles Morales, Ratchet & Clank, God of War: Ragnarok, and more. She managed cross-discipline teams of between 50 and up to over 100 personnel to produce over 500 minutes of body and facial animation and over 100 minutes of IGCs; and I’ve touched all points of the Art Outsourcing pipeline from initial request for estimate, concept and design, 3D modeling, engine integration, and Legal coordination needed for gold mastering. Her enthusiasm and eye for detail ensures her team exceeds client expectations and feels good about the content they create. She is known for setting a high quality bar while earning the respect and loyalty of her team. She brings enthusiasm, an exceptional work ethic, and a positive attitude to every project She is part of. During her off time, she has found great value in mentoring with the IGDA. Her goals are to see every student she mentors become the best version of themselves and accept a role that will bring them joy.

“I am a Gameplay Squad Producer on Riot Games’ Legends of Runeterra. I play the role of a Scrum Master for a cross-functional team of 20+ accomplished developers across Design, Engineering, Concept, Narrative, and specialized QA disciplines to create gameplay expansions for our base game that continue to delight players worldwide.”

The latest expansions include: 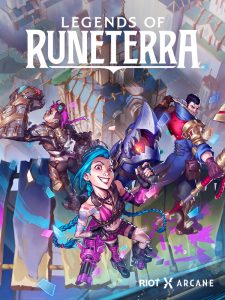 And at PlayStation Studios, her credits include: 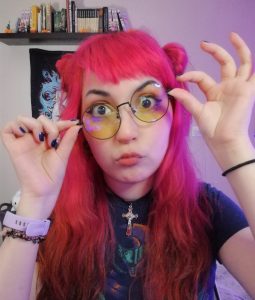 Katherine is a video game concept artist, content creator and streamer, enthusiast of video game psychology and concerned with a deep passion for art and history. She is a PR at FemDevs Peru and IGDA Peru, and a firm believer of MMORPGs. 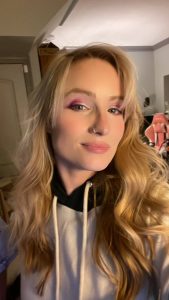 Founded in 2018 by Alexis Brutman, Tiffany Gomez, and Sarah Schaffstall, the Astral Clocktower Studios (ACS) development team has since grown into a rich, robust, and diverse family of 30+ creators hailing from all over the world. Alexis is not only an incredible human being, but she also serves as the Producer, Game Designer, and all-around development wizard. She works so incredibly hard and has somehow managed to lead a team of creators while simultaneously being a mom to her incredible 11-year-old daughter.

“Kristala is the ambitious first title from US-based Astral Clocktower Studios; it transports players into the role of a sapient, anthropomorphic feline warrior who must master the six magic specialties of the ancient Sacred Kristal in order to become a skilled protector of her kind: a member of the famed Raksaka warriors.

As you battle to complete your epic Raksaka Proving, you must also uncover who’s behind the terrible curse that has suddenly befallen planet Ailur, transforming its typically peaceful creatures into mutated, bloodthirsty beasts and shrouding the land in darkness and decay.

Uncover and upgrade a multitude of weapons, spells, armor sets, and additional items as you embark on your epic Proving and strategically battle to restore peace to Ailur. Meet and interact with unique characters while exploring a mysterious fantasy planet that’s overflowing with untold stories ripe for the unraveling.

Kristala’s quick, crushing combat will undoubtedly appeal to the traditional ARPG and Soulslike audiences, while its rich lore, robust storyline, and use of familiar animal characters and relatable themes both expand the game’s appeal to a much broader audience—a welcome challenge that has been paramount for this talented and diverse development team since Kristala’s inception.

The vertical slice for Kristala showcases just one clan of feline warriors, the nature loving Nisarga clan, but the full release will allow players to choose between six different playable clans that all possess their own unique magic specialties, intricate cultures, and combat strengths.

You can find all the goodies you want about Kristala (including our full Press Kit) via our allmylinks profile.

Additionally, we recently dropped the first official trailer for Kristala.” 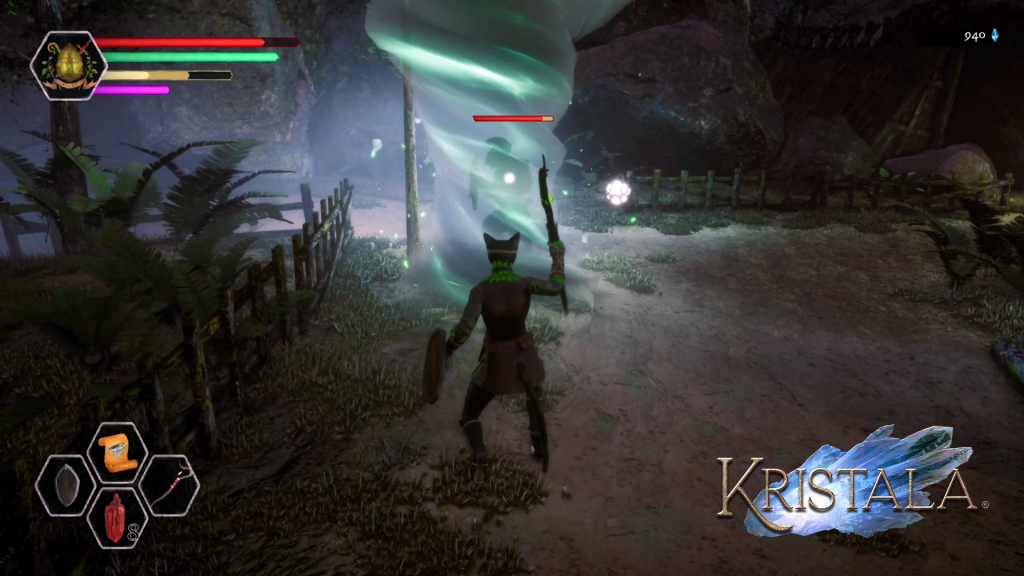 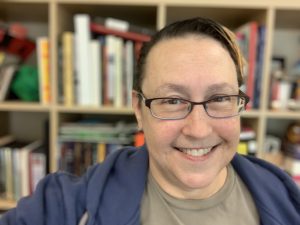 Tracy Fullerton is an experimental game designer, professor and founding director (emeritus) of the USC Games program at the University of Southern California. Her research center, the USC Game Innovation Lab, has produced a number of influential independent games, including Cloud, flOw, Darfur is Dying, and The Night Journey, with media artist Bill Viola. She is the designer and director of Walden, game, an adaptation of Henry David Thoreau’s experiment at Walden Pond, which was named “Game of the Year” at Games for Change 2017 and “Developer’s Choice” at IndieCade 2017. Tracy is also the author of “Game Design Workshop: A Playcentric Approach to Creating Innovative Games,” a foundational design textbook in use at game programs worldwide, and holder of the Electronic Arts Endowed Chair in Interactive Entertainment. Other recent projects include Collegeology, a suite of college preparation games funded by the Department of Education, the Gilbert Foundation and the Gates Foundation and Reality Ends Here, an award-winning alternate reality game. Prior to joining USC, she was president and founder of the interactive television game developer, Spiderdance, Inc. Spiderdance’s games included NBC’s Weakest Link, MTV’s webRIOT, The WB’s No Boundaries, History Channel’s History IQ, Sony Game Show Network’s Inquizition and TBS’s Cyber Bond. Before starting Spiderdance, Tracy was a founding member of the New York design firm R/GA Interactive, Creative Director at the interactive film studio Interfilm and a designer at 3D graphics pioneer Robert Abel’s early interactive company Synapse. Tracy’s work has received numerous honors including an Emmy nomination for interactive television, Indiecade’s “Sublime Experience,” “Impact,” and “Trailblazer” awards, Games for Change “Game Changer” award, and the Game Developers Choice “Ambassador” Award. In September 2016, she was named the People’s Choice for most inspiring LA Woman in Los Angeles Magazine. 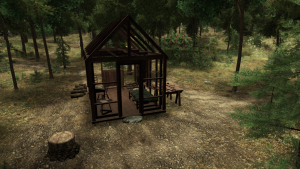 ‘I am currently working on an educational version of “Walden, a game” (www.waldengame.com/educators). This EDU version of the award-winning indie game, re-imagines the experience of this open-world game into five flexible learning modules with integrated standards-based curriculum in ELA, Social Studies, Social and Emotional Learning, History, Civics, and Environmental Science. Created in collaboration with teachers, students, content advisors, games-based learning experts, and evaluators, Walden, a game EDU is a model for online and hybrid games-based learning experience in the humanities and its finished platform will have the potential to launch many more humanities focused games projects. To date, over 30,000 students have played the beta versions of the first five modules. We are optimizing and responding to feedback from teachers and student to improve accessibility and consistency of the platform, which has been designed for low end PC/Macs and Chromebooks with the broadest possible reach in mind. During COVID, teachers and students have reached out to us to play our beta games to great response. Here are some quotes from teachers on using the game:

“I’ve been raving about the game to anyone who will listen and want to do a longer unit with it next year.”

“My students enjoyed the experience and were chatting about what they found, did, etc. during the game. Most students played for the entire 30 minutes, then read over their journals. I’ll definitely be using “Self-Reliance” again with students.”

“My students and I played the game over the last two days, and we absolutely loved it! They really enjoyed being able to play a video game in class, ha! I loved seeing them work through “Self-Reliance” and connecting Transcendentalism to a game that they were interested in.” 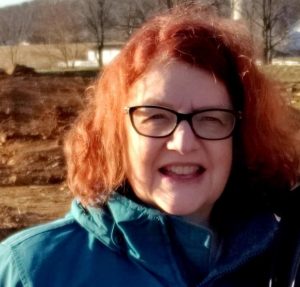 Francine is an experienced program and project manager in business and IT who has worked within the defense, pharmaceutical, healthcare, insurance and transportation industries. Francine has been blessed to have been recognized for innovation, lean practice, technical and management excellence, and led the development of a software prototype using process simulation. As an artist, designer, and entrepreneur, Francine found and ran a graphic arts business, receiving recognition from the mayor’s office in Philadelphia PA, USA. Francine has also won two design challenge awards, been a featured member of the Graphic Artist’s Guild, and has had artwork juried as distinguished within the Engage art contest. Francine has become very interested in gaming as an art form and is working to finish and do a first release of a smartphone game that has been in production, G.A.M.M.A. Force. 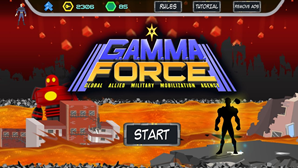 “My current project can be viewed at the website. This is the G.A.M.M.A. FORCE smartphone game, to be released later this year. The game is based on an original science fiction action-adventure story and art concepts created by my partner, who was my late mother, Sylvia Rosen, a talented New York City fashion designer, instructor and book author. The gameplay is for a single player, with a side scrolling shooter (choice of male or female character), and is of the science fiction / action-adventure genre, featuring retro-style art and visuals.” 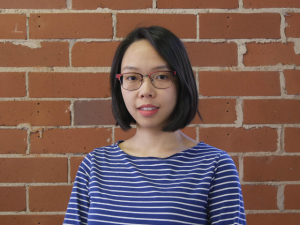 Linda’s always had a strong imagination and a particular interest in immersive technology, so it’s no surprise that she wound up becoming a virtual reality (VR) game developer at

Atlanta-based game studio, Amebous Labs. From the minute she first experienced VR as a freshman in college, Linda’s goal has been to enter the extended reality (XR) industry and develop new XR experiences. While earning her Master’s Degree in Digital Media at Georgia Tech, Linda assisted the College of Design’s implementation of VR tools to aid architectural design and urban planning. 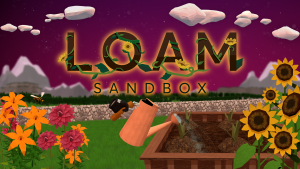 Linda supports the newly released Loam Sandbox by continually providing updates, bug fixes, and new content drops for it. “I’m glad that I get to work on Loam because it doesn’t target hardcore VR gamers exclusively, but all VR users, regardless of their prior gaming experience. This aligns with my vision of VR as a universally accessible platform that helps connect us with each other and the world around us.” Despite her excitement for Loam, yet another VR game may soon be in the cards; when she isn’t working on Loam Sandbox, she is busy prototyping Amebous Labs’ first multiplayer game. Visit Linda’s website to check out more of her work.