The IGDA released the Developers Satisfaction Survey 2021 on February 15th, 2021. The initial version of the survey listed “transgender” as an option under “How do you identify your gender?”. Transgender is a term for having sense of personal identity and gender that does not correspond with one’s birth sex, it is not a gender identity itself. As such, listing transgender as an option under gender identity was not only incorrect, but also harmful to those within the queer community.

We deeply apologize for the harm caused, for making anyone feel uncomfortable or unaccepted, and for not treating this subject properly. It is the IGDA’s mission to support and empower all game developers around the world, and as such, it is imperative that we act in a manner that is welcoming to and accepting of all. This was our mistake and we are deeply regretful to have hurt developers.

After receiving initial feedback about this question, it was corrected to the following format at 9:40am EST on February 16th: 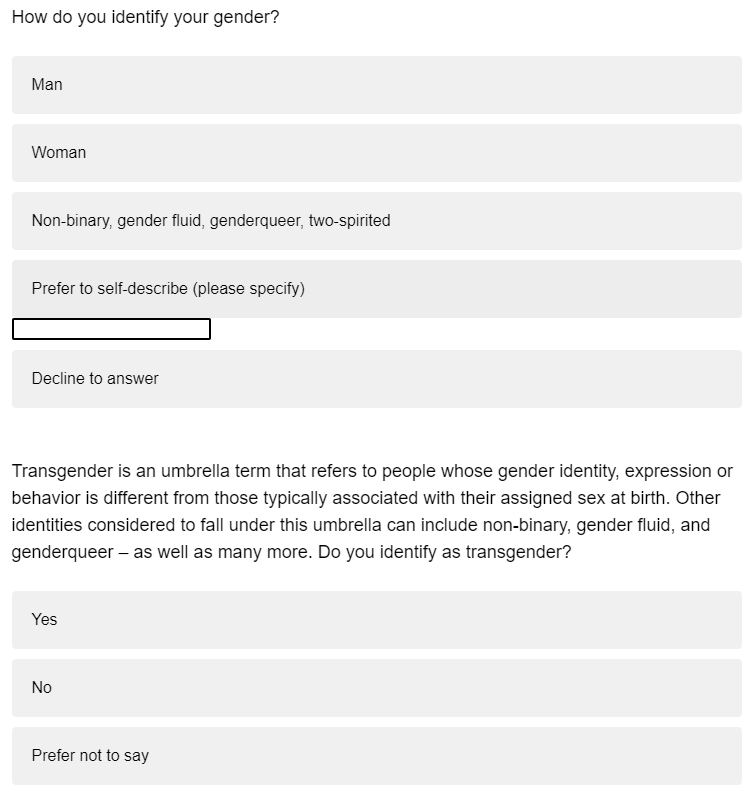 We have also updated our standard operating procedure for running the Developers Satisfaction Survey so that IGDA Chapters and Special Interest Groups are included in the survey question review process prior to the survey’s release to ensure that the questions are supportive and respectful of all developers. We hope that this change will also allow for more thorough review of the eight languages which the Developers Satisfaction Survey is released in to correct any localization errors which may also be present.

Once again, we apologize for failing to support all game developers with this offensive and exclusionary question option. Thank you for providing swift feedback so that we were able to address this issue as soon as possible and reduce the number of developers harmed by it.

We hope that you are still willing to fill out the Developers Satisfaction Survey so that we may understand the diverse range of people who make up the game development community and the issues that you face.