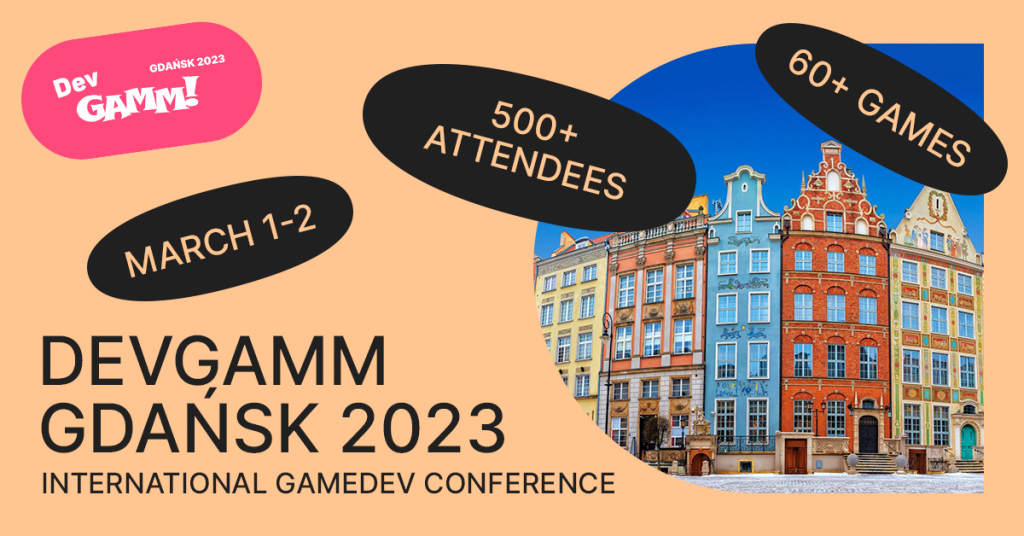 DevGAMM will hold its first conference in Gdańsk, Poland at the AmberExpo on March 1-2.

DevGAMM Gdańsk will be done in collaboration with Digital Vikings, which was born out of an idea of matching indie developers with publishers and investors.

The game developers can already submit games for DevGAMM Showcase, to present their projects to all the attendees, get a booth, invite guests for a play test, and find partners. The submission deadline is January 25.

Moreover, the event program will include the Digital Vikings Awards, which is a brand-new competition for indie game developers. The event will also host The Best Indie Publisher of 2022 award. The developers will compete in 6 categories:

The winners will be announced during DevGAMM Gdańsk 2023 on March 2. Submit your game until January 25.

If you can’t make it to Gdańsk, check out a new Online Networking ticket to access the attendees list and schedule virtual calls. There’s a special ticket type for small indie teams as well.

IGDA members get 15% off tickets when using the promo code found here.

Tickets are on sale and available on the website.